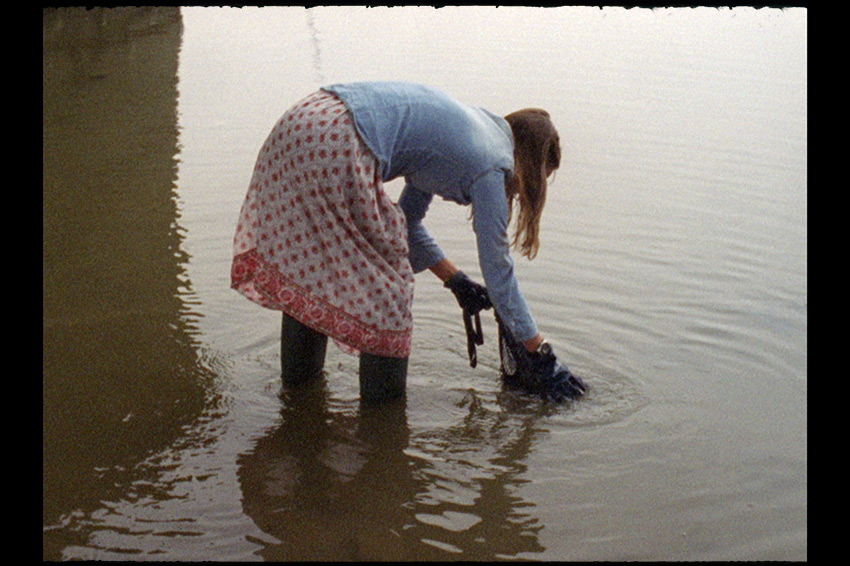 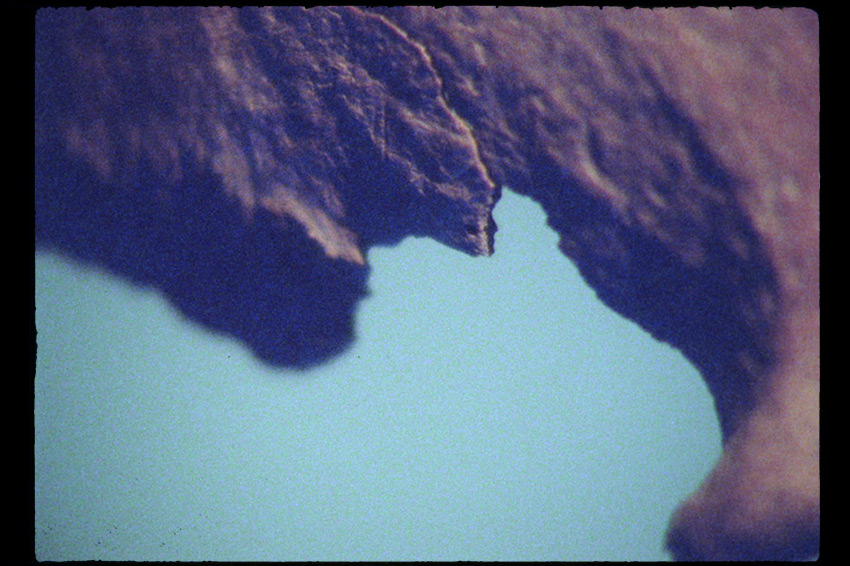 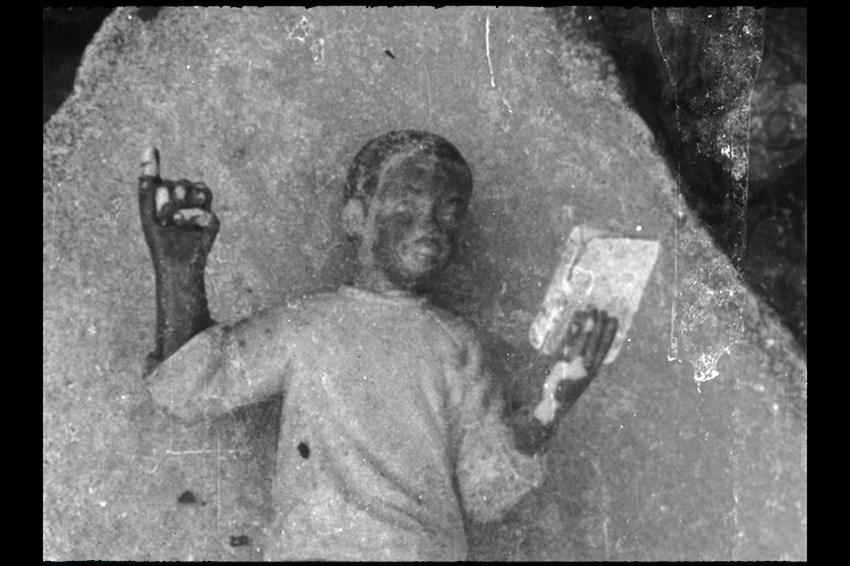 A performance in which the artist searches for traces of the river Thames’ ancient past by processing 16mm film on the foreshore using water collected at low tide.

Speculating on memories and traces held within the water, images of water patterns and foreshore detritus are combined with close-up textures of pre-historic objects such as skulls and flint axe-heads discovered in the area, filmed at the Museum of London. Watermarks and particles of ancient river silt cling to the resultant film’s surface, their abstract formations a portal to the unseen forces at work in the river.

Filmed by Rosalind Fowler and Karel Doing, with hand-processing support by James Holcombe.

ICA, London Short Film Festival - nominated for Best Experimental Film Award at LSFF 2015, and selected in 2020 as part of a retrospective of artist work through the history of the festival.