BREADROCK, I carry you in my eyes 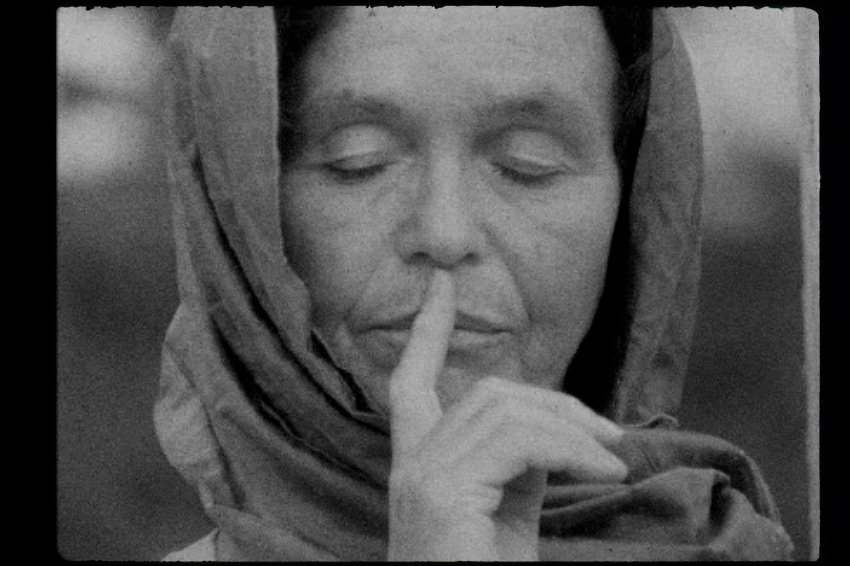 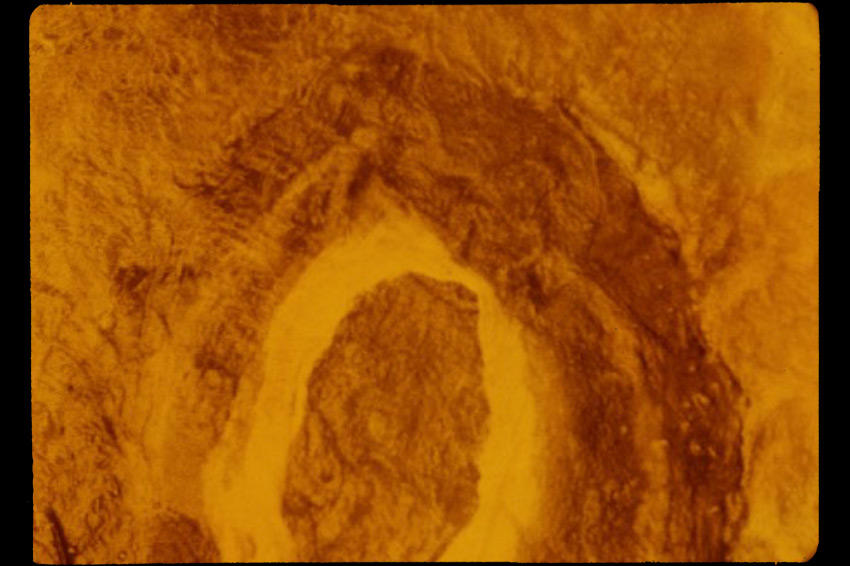 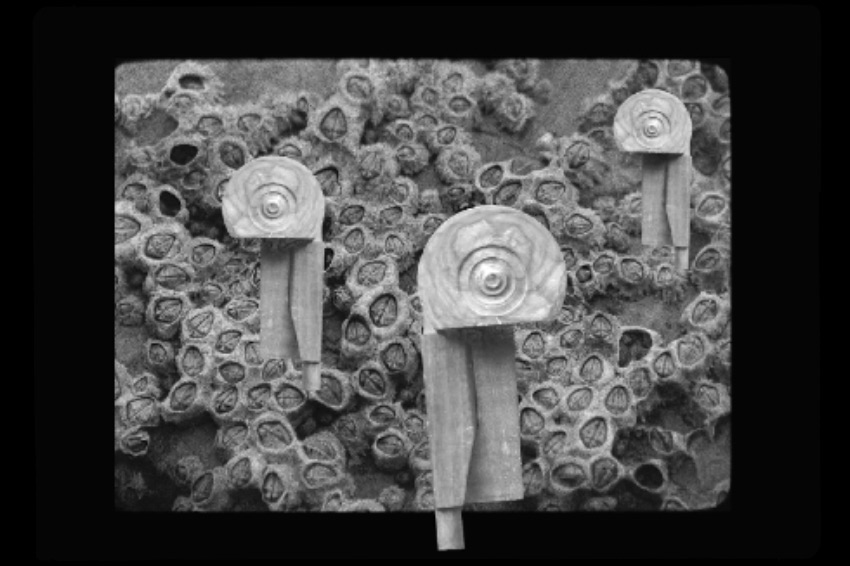 BREADROCK is a film and sculptural installation for Kestle Barton, by Rosalind Fowler and artist collective Fourthland (Isik Sayarer and Eva Knutsdotter).

BREADROCK is a message of mystic law conjured between people and soil.

BREADROCK, I carry you in my eyes was made in collaboration with local and diverse communities gathering on the Lizard Peninsula, and includes a series of cross-cultural sharings with local Syrian families initiated through an artist residency at Kestle Barton in Spring, 2018.

The 16mm film and sculptural pieces present echoes of the Chant of the Whaleswan, the new myth that formed between people, including soundscape and performances.

“Captured in flickering black and white 16mm film, images unspool across a triptych of screens. At times, what we see in the artist-duo Fourthland and artist and filmmaker Rosalind Fowler’s I Carry You In My Eyes, includes what might be sacred objects and fragments of rituals, recalling this early film stock’s use by anthropologists. Yet what it amounts to is a long way from documentary. Instead, it seems less an account, than a series of visions. There is nature: running water and snaking roots; scored rocks and tangled undergrowth. Which is which? Are we regarding a barnacled fist or a sprouting bone? At the bottom of a ceremonial path to the sea, a dark figure makes slow, purposeful gestures. Hands encircle air, as if caressing a head. Feet dance and bodies move in procession. Magically, in colour, a superimposed wand of swan’s feathers strokes the land. At various stages, the 16mm celluloid turns golden, as if transformed by alchemy.

Circles abound: bowls harnessing sunlight; the annual rings of a felled tree. In a repeating image, a disc has been cut in a thick fabric, across which water races. This doubles over two screens, making a pair of eyes. It’s a symbol with female overtones, a portal like the birth canal, which we have passed through, to a new, other world. But what is this place that we now find ourselves in? All is strange, and yet, there is something about those signs and gestures that we almost know, hovering on the tip of the tongue…harnessed in the films, we are invited to enter an in-between space, the fluid, uncertain world of dreams.

[…] With these artists though, what we experience in the gallery is but a small part of their practice. Their exhibition Breadrock might be thought of as an echo or vibration, as they have put it, from a much longer process involving many voices and encounters. At Kestle Barton those they have worked with include the families of Syrian refugees housed in various locations around Cornwall, as well as Cornish locals, craftspeople and gallery visitors. Through a huge variety of workshops and performative actions, they have co-created stories and symbols that offer an alternative to the foundational myths that govern societies. As much attuned to individual experience as group customs, these new mythologies are alive to the needs of the present moment, with its challenges of cultural displacement and collision in a globalised world.

[…] To imagine our way inside the cultures we live alongside, to share a space of dreaming and craft new cohesive myths, in tune with the globalised reality, is one of our most urgent and challenging tasks. What’s striking about Fourthland and Fowler’s work at Kestle Barton are the ways in which they have embraced the awkwardness of first encounters and not knowing. The odd, beguiling images, sounds and objects shared between people who so recently were strangers to each other and the land, underline how uncertainty in cultural encounters might be a boon: that fertile state of mind where things are as yet unsettled, uncomfortable perhaps, but full of potential” excerpt from Skye Sherwin’s article, ‘Crafting the Unknown’

Supported by Arts Council England, Awards for All, and Kestle Barton.

A video on the making of this work can be found here.

Kestle Barton – two part exhibition with Fourthland comprising installation and 16mm film presenting the critically acclaimed show BREADROCK, I feel like doing this from PEER London and BREADROCK, I carry you in my eyes, developed at Kestle Barton. 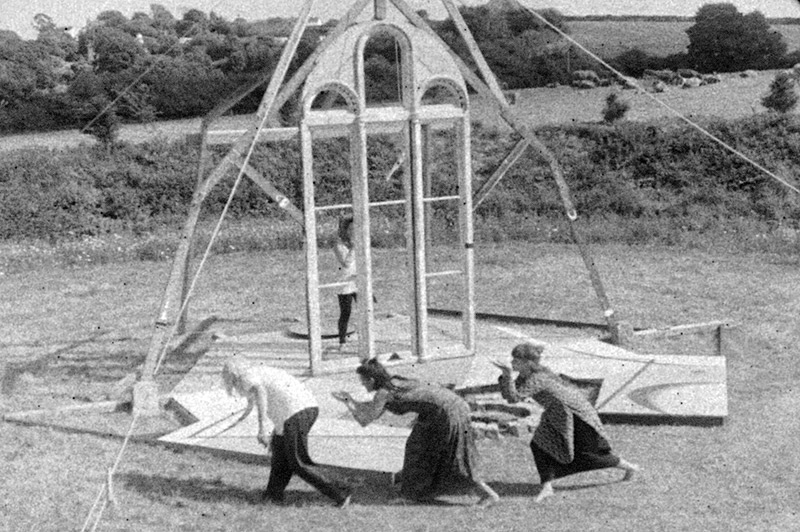 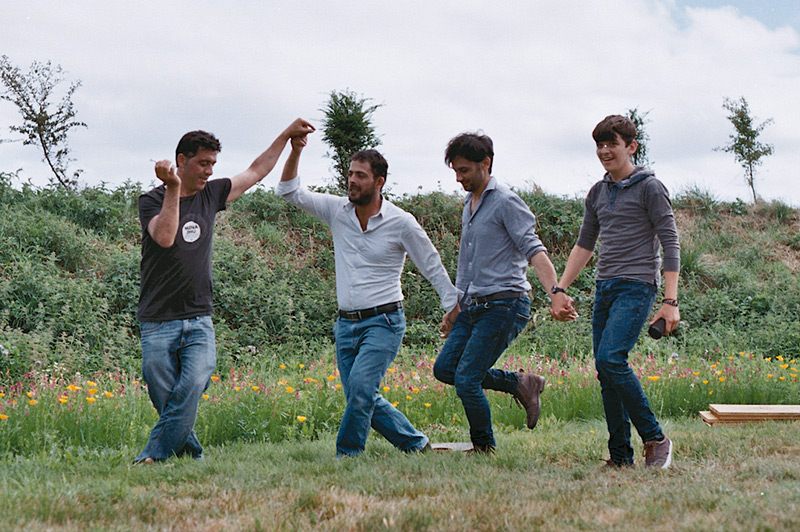 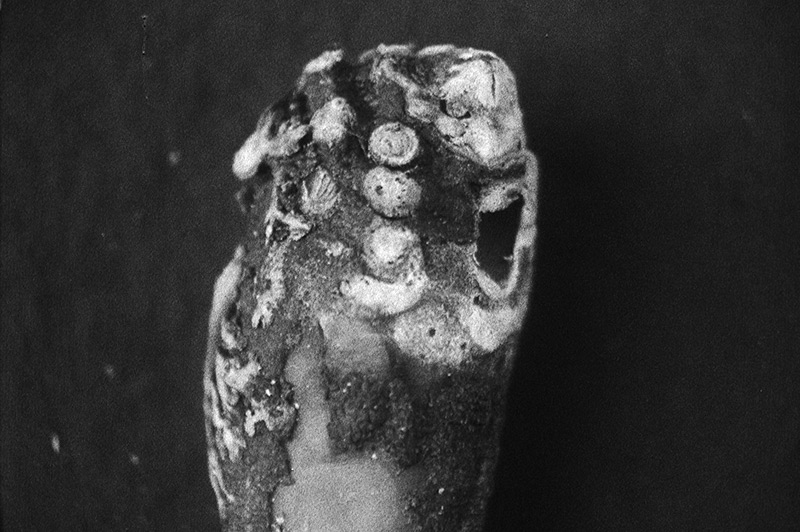 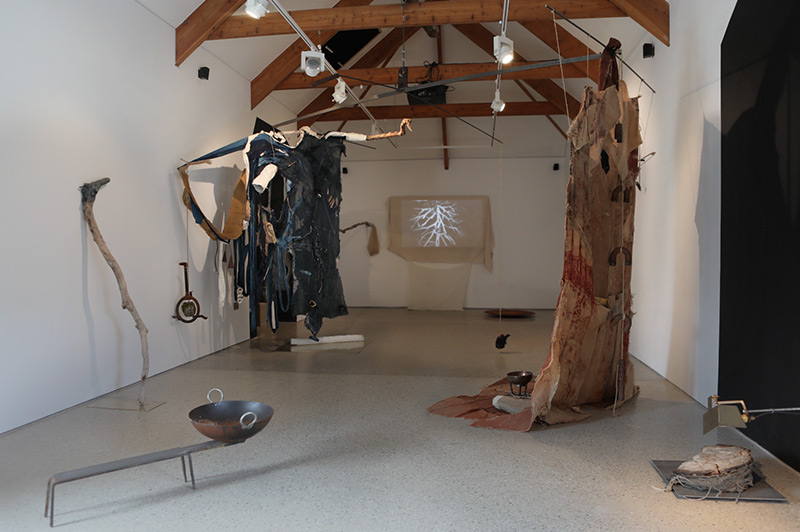 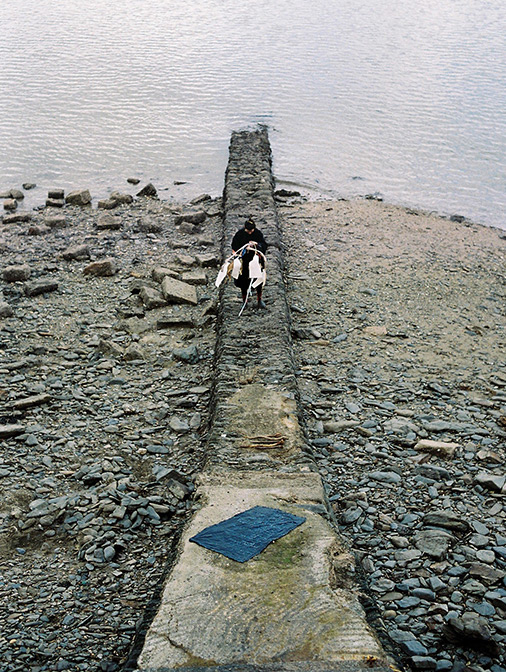 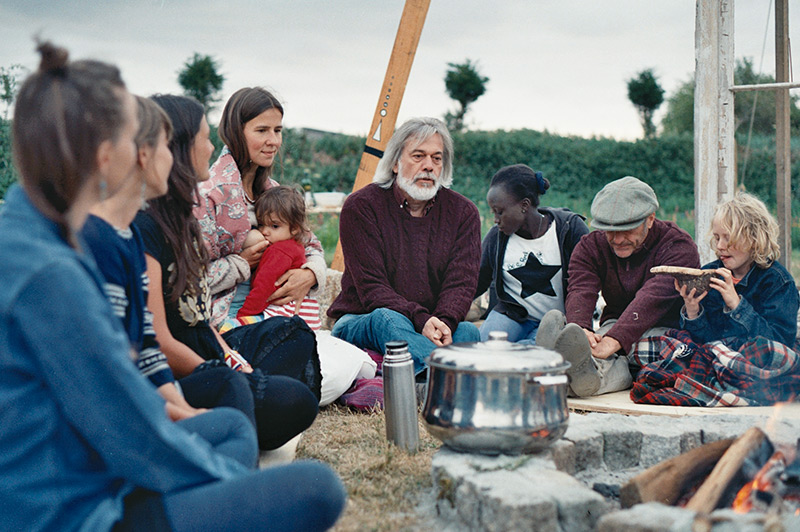 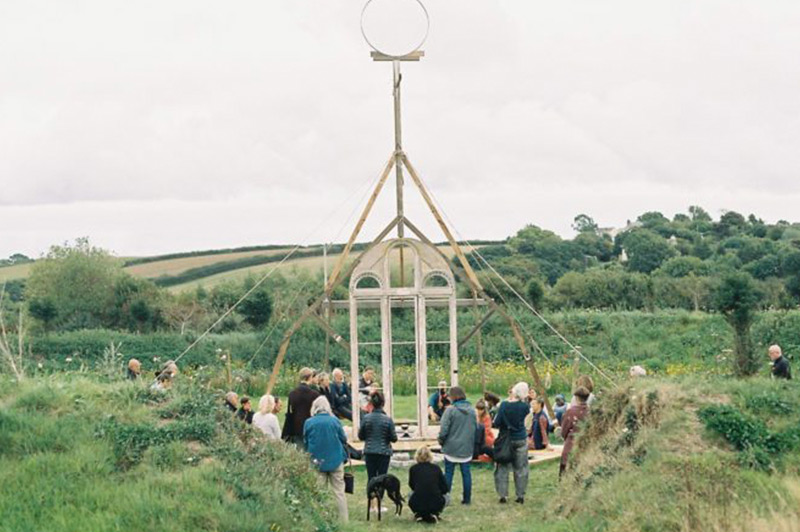 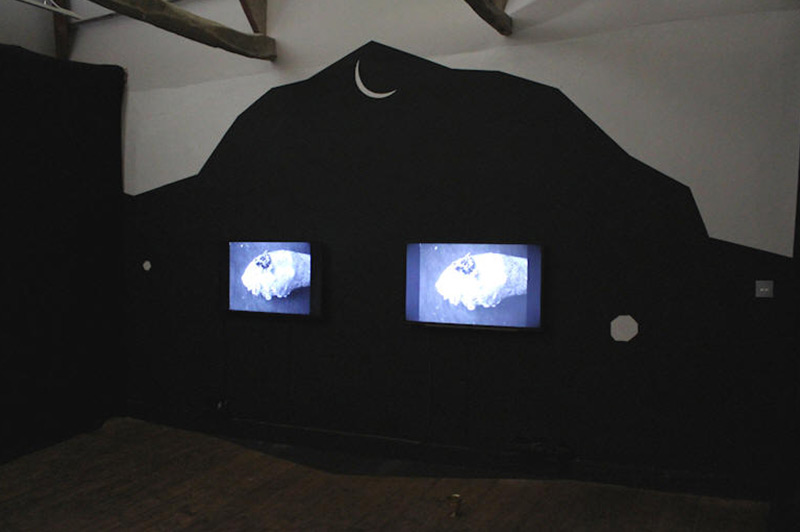